You are here: Home / Blog / Top Five Most Innovative High-Tech Sustainability Projects For 2020 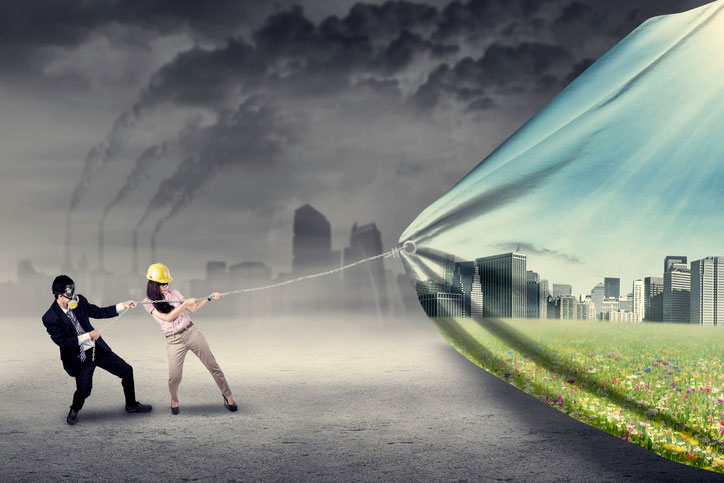 If you are someone focused on long-term sustainability, it can sometimes seem like there’s nothing but bad news out there. Even the good news can be bad – yeah, COVID-19 shutdowns have resulted in a 26% reduction in carbon emissions due to decreases in air travel, commuting and industrial activities … but the cost in lives and livelihoods required to eke out that improvement has been even greater. And 2020 is still easily on track to be one of the five hottest years on record, with record-breaking summer temperatures north of the Arctic circle.

But it’s always nice to come around again to see that, for all the difficulties that a high-tech society have brought us, technology itself can offer some innovative sustainability solutions. And new and interesting projects are popping up all the time.

It’s nice to realize that what ultimately will save us probably isn’t something we’ve already thought of, but something that some bright young sustainability expert will come up with in the years to come that will radically transform our relationship with the environment… or, even more likely, hundreds of things that thousands of such experts will conceive, develop, and perfect in concert with one another.

Here are five innovations and initiatives happening right now that could herald the way to a more sustainable future: 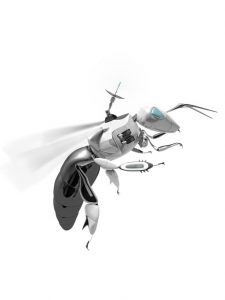 Bees have been only one of many important niche species that have been impacted by climate change, but they have been hit hard—ABC reported a 40 percent decline in honey bee populations in the winter of 2018. Their critical role in plant pollination threatens to unleash cascading effects on other ecological pressure points that can’t really take much more stress right now.

While preserving bee populations is obviously the best solution, to prevent the failure cascade from occurring, some researchers envision a high-tech stopgap: robot bees!

It may sound like the premise for a low-budget horror film, but advances in drone technology and artificial intelligence make it at least theoretically possible for swarms of autonomous micro-drones to handle pollination tasks in areas where bee populations have been decimated. Efforts at Harvard and the Warsaw University of Technology have shown promise, with the WUT B-droid successfully pollinating plants in a 2016 test. 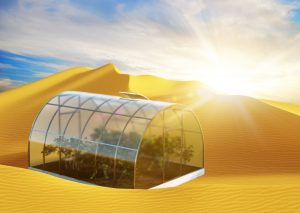 The Groasis Waterboxx mixes several sustainability goals in one. With global temperatures increasing and fresh water shortages looming in many parts of the world, desertification is a real challenge to crop growth and food supply.

The Waterboxx is an “intelligent bucket” that allows crops to be grown in it with 90% less water than traditional methods. The box is a plant cocoon that uses capillary drip irrigation technology to maximize efficient use of water for trees and other plants. It’s made from recycled polypropylene, and can itself be re-used up to ten times. The cost is approximately $2.50 per bucket, and the survival rate of plants using the box is over 90%.

3 – Plastic Made From Greenhouse Gas 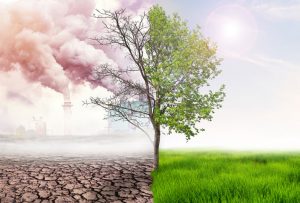 The metaphor is usually “killing two birds with one stone” but in this case, it may be “saving millions of birds with clean air.” Not quite as catchy, but a lot more sustainable, a product called AirCarbon is being developed that pulls greenhouse gases out of the air to develop liquid polymer that can be made into plastic pellets.

Not only does this bypass the traditional oil-based process for developing plastics, decreasing fossil fuel demand, but it also actively sequesters dangerous greenhouse gases like methane along the way. The bio-reactor that the process is being developed with so far appears to be nine times more efficient than traditional conversion processes… which could make the plastic development process price-competitive in its own right, even before accounting for the environmental benefits. 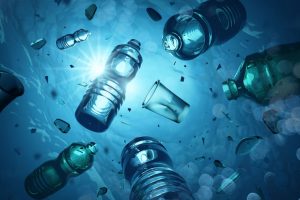 With our oceans being inundated with both plastics and other non-biodegradable slough from human civilization, there have been a host of projects in the works to essentially sieve trash from our oceans. But one of the most elegant and efficient is the Seabin.

By all appearances, it’s little more than a semi-submerged bucket – which can be installed in any area with relatively calm, flat water – but the Seabin is actually a filtering device for garbage and pollutants. With the lip of the bin just below the water and a pump hooked to the bottom, floating trash and surface pollutants are naturally sucked into the bin, and fresh water circulated back out. With oil pads installed, it can even catch fuel spills. And in all cases, it’s perfect for catching everything from plastic bags to cigarette butts and floating bottles.

The project is still in development, with micro-plastics and fibers on the goal sheet for the next filtration level. 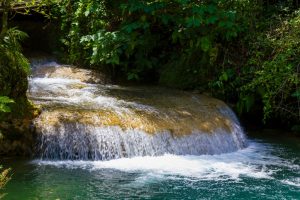 Speaking of keeping the oceans clean, it’s been clear for a long time that one of the major routes for plastics to enter oceanic ecosystems has been through streams and rivers. All waters return to the sea via those paths eventually, and the tendency for people to develop the shores of those waterways makes them inevitable repositories for plastic waste that are carried along for the ride.

While skimmers of the Seabin variety are great for removing that waste, it’s much better to avoid letting it get out to sea in the first place. It’s been a challenge to develop solutions that can allow free passage of both fish and human traffic along rivers while keeping the trash from enjoying a free ride out with them. But a Dutch inventor has come up with an eco-friendly barrier that can block up to eighty percent of plastics and other types of trash from being swept out to sea, while still allowing ships and fish the ability to move freely.

The Great Bubble Barrier is a simple concept: a simple hollow tube with holes punched in it is installed on the river bottom, diagonally to the flow of water. Like a fish tank aerator, air is pumped through the tube and bubbles are created from the holes, in a sufficient density to sweep submerged and semi-submerged garbage to the surface along with them. Riding the current and the bubble curtain, the diagonal slants down into a catchment system at the riverside, where the garbage is removed. Meanwhile, fish and boats pass through the bubble curtain without issue.

While technology has created many of our modern environmental sustainability issues, technology also has the means to deliver new solutions to those problems. Experts with the right kind of education and open minds will continue to innovate until sustainability becomes a fully engrained way of life.