You are here: Home / Blog / Top 7 NGO-Led Sustainability Initiatives That Have Been Saving the Planet in Recent Years 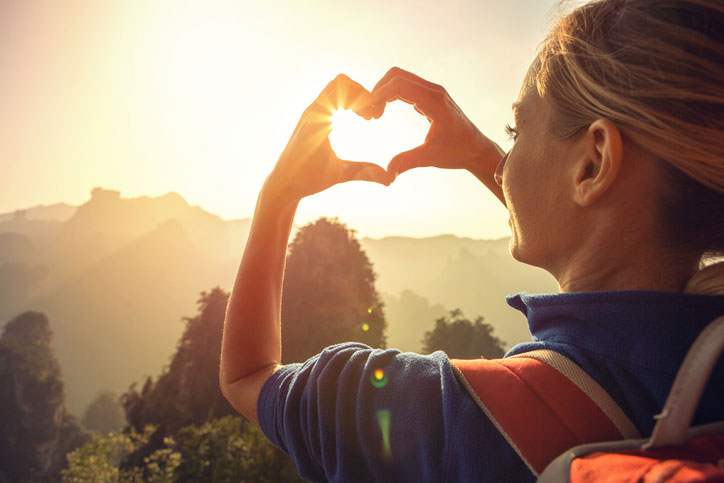 Sustainability has become a buzzword over the past twenty or thirty years. It’s a term as likely to be heard in corporate boardrooms as at an environmental rally. That fact itself is something of a success story for the environmental movement overall. But the real story is in what the thousands of non-profit and non-governmental organizations worldwide have been doing over the decades to help shift the global conversation to conservation.

But buzzwords and conversations don’t save the planet by themselves. You have to get your hands dirty to truly fix the issues the Earth and humanity faces. It takes hard work and real commitment to dive into the many individual and interconnected problems stemming from the industries and systems that have driven unsustainable development.

Although every NGO engaged in the effort is making a difference and doing valuable work, there are some key sustainability initiatives that have had more of an impact on the planet and our environment than others. From the Save The Whales slogan to the Chesapeake Clean Water Blueprint, it’s a single idea or key insight that drives a movement and galvanizes action – far beyond the confines of a tiny non-profit office. And when that happens, the movement becomes a whole lot bigger than the NGO that got the boulder rolling.

In recent decades, these seven initiatives and their associated non-profits have proven to be the top movers in global sustainability efforts. 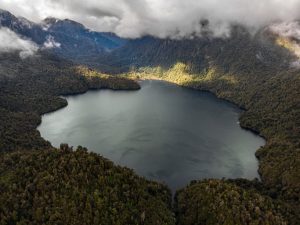 A simple idea that has had a major impact in environmental conservation is one that has been advanced by The Nature Conservancy consistently across the course of that storied non-profit’s 69-year tenure: use the existing structure of property rights and legal protections to advance conservation issues. And it’s done in the most straightforward way possible: purchasing land and easements to prevent unsustainable development of natural landscapes.

Setting aside land or land-use rights and placing them in trusts for the good of future generations is an even older idea, going back to the mid-1800s and underlying the movement that established the current federal system of national parks and monuments. But the limitations on government that come with the constitutional system leaves many important places unprotected.

Using the capitalist system to purchase those land and rights is a sort of judo move that has protected more than 125 millions acres of land in nearly 80 countries, and spawned local and regional off-shoots that have protected even more. Of course, this strains the definition of actions that have taken place “in recent years” but the lasting and accelerating adoption of nature trusts simply proves that good ideas in sustainability don’t go out of style! 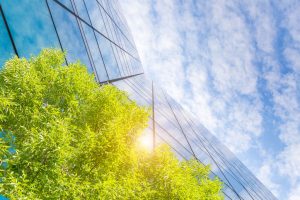 Spearheaded by the U.S. Green Building Council, it’s hard to think of a sustainability initiative that has had more day-to-day impact on our lives than LEED… even if we don’t typically realize it. But every day, you walk in and out of structures built of more sustainable materials, using better practices, and higher grades of energy efficiency – and all of it has been driven by this now-global standard for sustainable design and construction.

LEED began in the mid ’90s and has become the de facto global standard against which sustainable building designs are measured. Once a single standard for new construction, the initiative now offers ten different standards aimed at different types of building and levels of sustainable practice. As of late 2009, according to Statista, the number of LEED-certified buildings globally was approaching the 100,000 mark, with new projects announced all the time.

In the same way that LEED has transformed global architectural standards, SSI aims to revolutionize landscape architecture for more sustainable and resilient land development projects. Administered by Green Business Certification, Inc., it’s run in cooperation with the Green Building Council, offering hand-in-hand guidance for sustainable development projects, whether they involve buildings or not.

That has resulted in better practices and conservation efforts in places like Hong Kong’s Avenue of Stars, The Center in Indianapolis, Chicago’s Navy Pier, and the Dell Medical District at UT Austin. The initiative has had a wide range of influence on diverse projects, from corporate campuses to city parks. What they all have in common is a low impact, sustainable approach to development that works hand-in-hand with nature and industry. 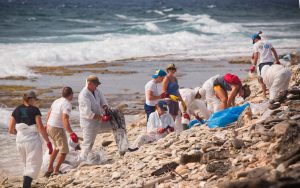 Yet all nations and all people depend on the great waters of the planet to some degree, and non-profits like The Ocean Conservancy have had to find other paths to ensuring the health and sustainable uses of those interconnected seas. The Trash Free Seas initiative has adopted a multi-pronged approach to the problem that ranges from education to advocacy to direct action around the world.

The trash cleanup efforts it has organized with the help of more than 16 million volunteers, have resulted in more than 325 million pounds of garbage being picked up off of beaches and fished out of the world’s oceans. And, through the Trash Free Seas Alliance, it has enlisted both private industry and government to reduce the use of plastics. Single-use grocery bag bans in plastic bag strongholds like Thailand speak to the global success of such efforts. 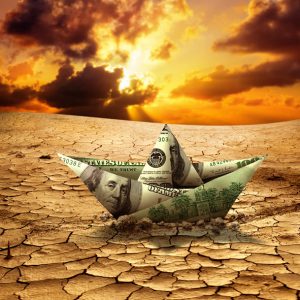 Climate change is a challenge so overwhelming and pervasive that no single effort by any NGO, government, or corporation will overcome it. But Ceres certainly seems to have found a key to getting the ball rolling by getting invested parties to put their money where their hearts are in the Global Investor Coalition on Climate Change. And it’s not small money… while NGOs are not well financed, the investor coalition has the ears of managers with more than $11 million in assets under management.

Through a collaboration between four regional partner organizations around the world, Ceres is leveraging influence on investors large and small to put pressure on the world’s largest global greenhouse gas emitters to do the right thing to curb emissions. Through research reports and policy statements, this is the kind of pressure that drives corporate action in a way that protests and write-in campaigns never could. 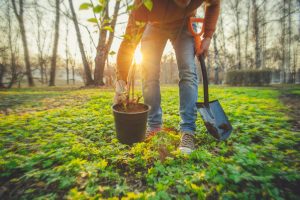 The key to successful public outreach in sustainability often comes down to one factor: having a simple but meaningful idea to pitch. It’s harder to get any simpler or more meaningful that $1 = 1 tree, and that’s exactly what Vermont-based non-profit One Tree Planted has been offering since 2014. With projects underway on four continents, it’s a way to spread sustainability with both a clear global impact and meaningful local restoration and improvements.

Reforestation is one of the most important tools we have in fighting climate change, and comes with a host of other benefits in biodiversity, health, and water conservation. Recent research has given OTP a boost, with a study by ETH Zurich showing this simple approach is among the most powerful tools in the arsenal against climate change, with a global reforestation program capable of removing up to two-thirds of emissions driving anthropogenic climate change. 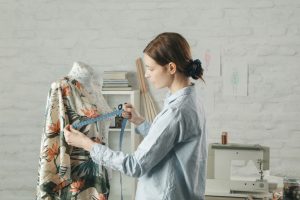 If you’ve seen the hashtag #WhoMadeMyClothes in the last decade, you have Fashion Revolution to thank for raising a sustainability question that most people never considered before. Founded in the wake of the 2013 Dhaka garment factory collapse that claimed the lives of 1,134 Bangladeshi garment makers, Fashion Revolution aims for the most important kind of sustainability: saving human lives.

To do so, it maintains a transparency index for brands and retailers and encourages consumers to understand where, by who, and under what conditions their clothing is made. This has put pressure on the garment industry as a whole as conscious consumers have shown they are perfectly willing to take their business to companies that are practicing safe and sustainable manufacturing practices.

New NGOs are springing up all the time, and new objectives and ideas for sustainable practices are being developed constantly. The organizations on this list won’t be stopping their efforts anytime soon, but the odds are good they will be joined by new organizations and new efforts as sustainability becomes more the norm than the exception. But each of them has laid the groundwork, in their own way, for all the efforts that will follow.